I have worked on this project for over 6 years.  This started back in late 2014. I ran into a top Employee at a large news network that overheard me telling someone that I was going to start a blog about how the news media was destroying our country. Note: This was in late 2014. When the person I was talking to left the table, a news Executive that overheard our conversation approached my table and asked if he could join me.  The executive introduced himself to me and told me that I was not alone, and he said that numerous people felt the same way. However, the executive said, if you speak up with another view you will not be working. I spoke with him for over 3 hours. I was going out of town in 3 months and we set up a meeting place for a second visit. When he showed up, I knew he was serious, and we set up a way to communicate in order to protect him. After staying in communication, it started getting serious. He asked me to set up a PO Box where he could get information to me in order to evade email tracing. As of today, there are at least 3 other sources forwarding information to me, including a Google and Facebook employee. My PO box was only given out to one person, so anything coming to me must be through the media executive, my original source.

What I have found out will make your heads spin. The untold stories are the problem. I will start publishing my findings now.  I will break this down daily until everything is out. I have listened to audio recordings, read one document after another, and it will scare the hell out of a normal person. The corruption among the News Media, Government Agencies, Politicians, Scientists, Teachers Unions, Police Unions, District Attorneys, Governors, and Mayors in these Democratic Cities, will make your head spin.

I will tell you about bureaucrats who have reached out to China for experimental drugs for Dementia. Yes, I will tell you that Biden has failed a Cognession test and that Biden has been diagnosed with the early stages of dementia. And how journalists are paid and pressured to stand down on reporting on it.

I will tell you about an informant at Fox News that tells everyone in the DNC what is going on. Hint, this informant was intentional, planted by Fox executives.

I will tell you that Fauci has already been offered to stay on if Biden wins. And how Chris Wray was offered the same to stay on.

I have talked to Real Clear Politics before about being able to post articles and I will send information to Tucker Carlson, Hannity, Lou Dobbs, Maria Bartiromo, Mark Levin, Breitbart News, News Max. I just want everything documented.

William Arkin’s farewell to NBC. “I am not the only person in a National newsroom to feel that way.” Talking about his displeasure with the News. He is not one of my contacts.

The Fake News Media Coopetition (No. 2)

The DC Madam Case: Connecting the dots (No. 3) 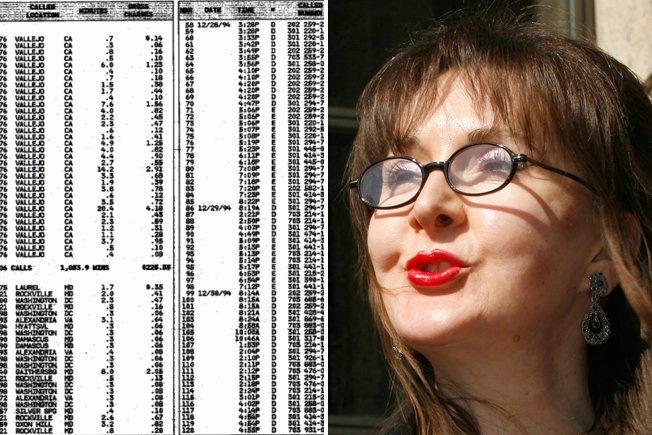 In 2017 my source sent me a note and said to research The DC Madam case. Said do not get carried away with the conspiracy theory of the case, however, follow the similarities of what is happing today. Plus, this was early 2017, before the Epstein case had come out in the news. She was a woman that ran a sophisticated call girl service in DC. The DC Madam, Mrs. Palfrey, hanged herself, which I doubt, considering the secrets she knew about all these powerful people. Her secrets would have been very lucrative, with potential movie deals, book deals, documentaries, TV guest appearances plus a guaranteed millionaire status. She was probably looking at a 2-year term in a country club federal prison.

In 2007 Ms. Palfrey turned over years-long call lists to ABC News, Brian Ross, to verify for a story on ABC 20/20…. which never aired.

Here is the key: Rumored Clients: Dick Cheney, ABC Anchor Sam Donaldson, associates of Jack Abramoff, Pentagon, DC, and Corporate Insiders on a list of over 10,000 numbers. When Chaney turned up on a list, the story suddenly went away.

According to close associates, there were more Democrats than Republicans on the list. Former NSA Analyst and Navy Intelligence Officer Wayne Madsen said that one of the key motives behind the DC Madam’s murder may have been the information her call girls picked up from Washington’s top brass concerning foreknowledge and government complicity in 9/11 attacks.

Most of Palfrey’s call girls had been active around the area of McLean Virginia, which is where the CIA and other Intelligence Agencies are based and where Dick Cheney lived. Palfrey had told people that her Escort Service was in fact being used as an intelligence operation to gather intelligence on individuals who used the escort service, particularly those connected to the military.

Palfrey told people that she had information that would have been of great interest to the 9/11 commission, that she picked up from her girls. Former NSA official noted that some of Palfrey’s call girls were being chauffeured by Sherrington Limousines to poker parties attended by former CIA director and co-chair of the Joint 9/11 Intelligence Inquiry Porter Gross.

Among these secrets are the names of some of Washington’s highest-level politicians, including many that were not released to the public. The knowledge that Palfrey had about members of Washington’s elite being involved in and using her escort service for the purpose of hiring prostitutes, and their link to 9-11, would have been enough to end scores of careers, wreck the lives of countless influential power brokers, and possibly bring down the entire government.

Anyone with any knowledge of how these operations are conducted would have to strongly suspect that Deborah Palfrey was eliminated because of what she knew and the information she had on public servants.

There will never be an investigation into the Palfrey case because the truth about what really happened to her could reveal the truth behind so many other deceptions generated by the government-media complex.

I was asked to look at this in early 2017, documents I can prove from my computer search. I was told at that point that there was another person that had information that could bring down a government. GUS WHO THAT GUY WAS?

Now, go a little further and see what the FBI is doing today. The FBI Agent that uncovered Weiner Laptop with Hillary’s Emails. He said the FBI Leadership told him to erase all the findings. Judicial Watch said the FBI is dragging their feet on releasing court-ordered documents. Judicial Watch had to sue the FBI for the release of the Infamous FBI memo used to launch the Obama Administration’s Spy Operation. There are missing interview documents in the Flynn case. The FBI has Wiped phones. Then the FBI comes out once again, claiming that Russia is interfering in the 2020 election and favoring Trump. Really? Coming from an agency that cannot find out who is behind the riots, cannot find out any new info on the Wuhan Virus etc, etc.

I want to restate what I said in my first article. My source in the mainstream media says that the FBI, Intelligence Agencies, Mainstream Media, and the Deep State are in constant contact.

The Fake News Media Coopetition (No. 2) 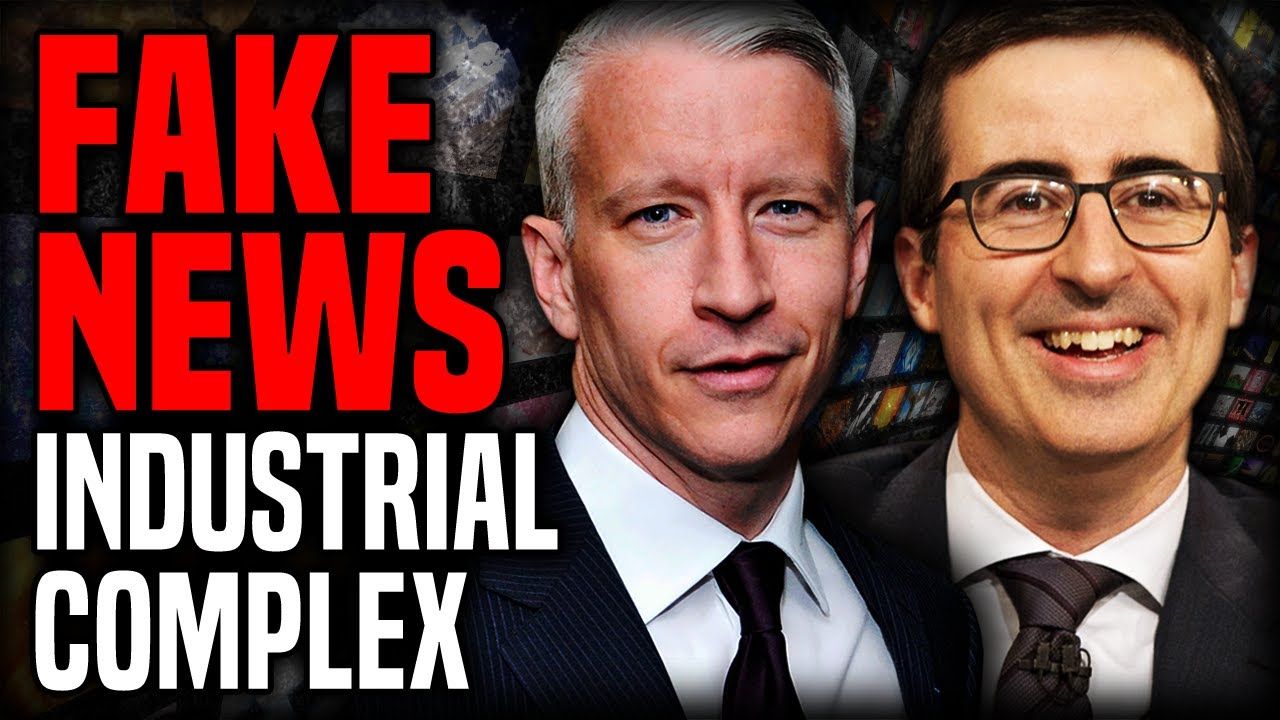 10 years ago Anderson Cooper and CNN told the American People exactly what their mindset was with a panel of about 10 people. They openly admitted that the news is the new 4th Branch of Government. Look what is happening today.

What happening in media today is a system of a business called COOPETITION; All News Networks work together for one common good even though they are in competition with each other. The greater good is to remove President Trump. Have you noticed how they all say the exact same thing, groupthink? Tucker Carlson points this out on his show all the time. The News Networks, DNC, and yes, even people in the FBI and Intel all work together and communicate daily. I cannot tell you exactly how it is done because I would be calling out my source. However, look at the same communication used with rioters and protestors.

The news people have a system where they alternate fake reports or even outright lies to the public. They do not want one network to look bad, so they have an alternating system to put out fake reports. They have this down to a science and know that if 100 people hear a lie they will pass it to 100 more, then 100 more tell the story, and other networks will headline the same story, with the same results. Knowing now, that they do not even have to retract a story. And even if they were to retract a story, no one would hear about it.

Why do you think CNN brought in ex-FBI and CIA people? Advise on brainwashing for example? Why do you think there are so many leaks? Worse than that…planted fake stories?

Let me give you an example of what is going on.  When I had a business in Dallas, I had a friend that had the same type of business in another city. He sold his business to an International Company that had a location in my city. Guess what, I knew everything that went on with my competitor. Yes, these CNN people have daily contacts with FBI and CIA Deep State People.

Let me give you an example of how Fake News works.  Jon Karl of ABC News asked the head scientist at DHS if President Trump meant we should inject cleaners like bleach into people and he said no, and then Trump mocked ABC sarcastically.  ABC spun the claim that America should inject themselves with bleach and alcohol. So, what did Fake News do? Reported that Trump suggested Americans inject themselves with bleach and alcohol and all the networks worked together to headline the story.

Some aspects of a journalist’s job are not subject to any kind of law but are just as important.  Journalists must strive to present an accurate, well-balanced explanation of the stories they cover. For example, they have an obligation to present all sides of an issue, conduct extensive research, and talk to several sources knowledgeable about the subject.  If they present only popular opinion, or if they conduct minimal research without fully exploring the subject, they do not give readers and viewers the information they need to understand the implications of the event or issue. A journalist must also be honest with the people they interview, telling them before talking to them what the article is about and that they plan to quote them in a piece.

With 95% of coverage being negative towards our President would it be safe to say that 95% of journalists do not understand ethics?

This country is in deep trouble. The Deep State has embedded itself in all branches of the government.  Also, the same Deep State has completely taken over the press. The rest of the people are only allowed to hear what these people want you to hear. Little by little the Deep State is changing our history.

Polls TANK For Democrats as Americans See THIS